Let the experts at Tactical Pest and Termite Solutions stop these spiders from invading your Harrisburg property!

These potentially dangerous spiders lurk in the same quiet, undisturbed areas as the harmless ones. Although some spiders can help eliminate other insects invading your Harrisburg property, the Brown Recluse and Black Widow may be among them. All spiders can become an unsightly nuisance with their webs, fecal spotting and discarded prey. To rid your home – and areas around it where they like to congregate – of their multiplying population, call the professionals at Tactical Pest today.

Here are distinguishing features of the most harmful spiders in our area:

Brown Recluse: Often confused with other non-hazardous brown spiders, it can range in color from dark cream to dark brown. Its abdomen is darker than the rest body with a violin-shaped marking on the top. Hiding in concealed places, its bite is usually painless until three to eight hours later when the venom sets in.

Black Widow: She is part of the ‘cobweb’ family that spins loosely organized webs. The adult female is about ½-inch long, shiny black with a red hourglass pattern on the abdomen. The Black Widow hides well and bites in response to being threatened. Its venom is a nerve toxin and effects are rapid. 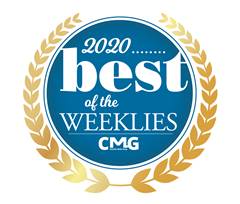 Ready to Get Started?

Tactical Pest is a customer driven company. Services are custom designed for your situation like only a local, family owned company can provide.